Doctor Who vs The Yeti - Merry Christmas! 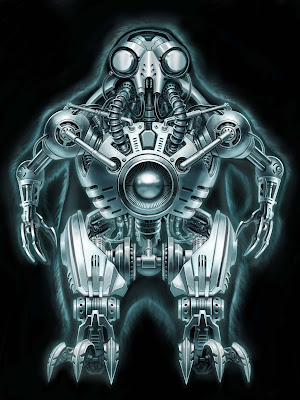 It seems that the Doctor's nemesis in this years Christmas special will be none other than the Yeti according to the UK fan site BleedingCool.com. The site was lucky enough to score an image of the new design for cyborg creature from non other than BBC production designer Peter Mckinstry who has done work for not only "Doctor Who", but "Torchwood" and the "Sarah Jane Adventures" as well.

Despite only appearing in only three episodes of the long running UK sci fi series, the Yeti have remained a fan favorite and their return to the series has been rumored since it's rebirth in 2005.

To catch everyone up, the Yeti were first encountered by the Doctor's second incarnation, played by Patrick Troughton in the episode, "The Abominable Snowmen", and then again later in "The Web of Fear".

It was revealed that these creatures were not actually living cryptids at all, but robots controlled by Great Intelligence, a race of omnipotent beings with aspirations to conquer and rule the Earth.

At first, the Yeti were just meant to keep trespassers away from the aliens secret base in the Himalayas, but in future episodes they became actual foot soldiers brandishing weapons.

There has been some debate in Doctor Who circles on whether the robot Yeti were designed to merely resemble the legendary wild-men of Tibetan folklore or if their appearance actually was responsible for the numerous sightings of the creatures throughout history.

Thankfully sci fi television series like "Doctor Who" and "The Six Million Dollar Man" have given us the real scoop on both Bigfoot, and the Yeti, they are just giant robots controlled by aliens. That makes far more sense than a bunch of undiscovered primates running around now doesn't it?

Hopefully the appearance of these classic monsters can inject some life into the series, which since the departure of actor David Tennant (The Doctor is now played by Matt Smith), and writer/producer Russell T Davies, has been rather stale. 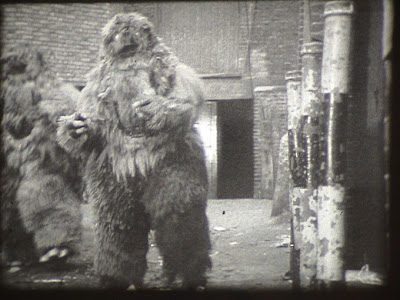 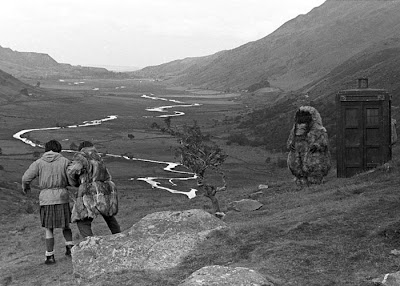 See Also: New Toy Wednesday! - 11 Doctors, Limited Edition Spock Kit, Gundam, Vampirella And Some Killer Anime Cleavage! / New Toy Tuesday! Classic Star Trek vs Classic Doctor Who, A Slave Girl & The Creature! / Karen Gillan Talks About Playing Amy Pond On Doctor Who / Doctor Who To Make A 'Whistle-Stop' Tour Of The UK / A New Doctor - A New Logo / John Simm Promises That Tennant's Doctor Will Get A 'Brilliant Send-Off' / A Sneak Peek At The The Ultimate Monster Guide And Other Doctor Who Tidbits / 'Four Weddings And A Funeral' Scribe Richard Curtis To Write For Doctor Who / The Name Is 'Who'......'Doctor Who' / Doctor Who Black And White Action Figures - Second Doctor & Cyberman / The First Look At The Animated Doctor Who From Dreamland / Doctor Who Star David Tennant Sends 'Postcard' From America / Doctor Who - Filming Begins For The 11th Doctor / Doctor Who: The Waters Of Mars - Sneak Preview / Euros Lyn To Helm Doctor Who Movie For 2011? / Torchwood: Children Earth Doctor Who On BBC America In July / The Doctors New Traveling Companion Will Be Karen Gillan / Tennant's Doctor Making The Move From TV To Big Screen / The Doctor Makes A Surprise Appearance On The Sarah Jane Adventures / Gillian Anderson To Guest Star On Doctor Who / Doctor Who Theme Voted Best On Online Poll / Simpson And Bennett Named As Producers For Doctor Who / David Tennant And Michelle Ryan Talk About Doctor Who: Planet Of The Dead / Doctor Who - Planet Of The Dead / Doctor Who 5-Inch Wave 4 Action Figure Case
By Ken Hulsey - June 21, 2010