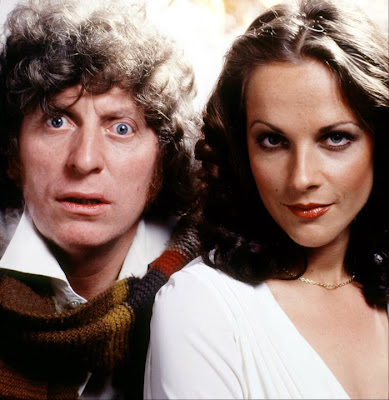 Written By: Ken Hulsey
Source: Doctor Who on Facebook
The BBC has just released a few rare photographs of Tom Baker as the fourth Doctor. The shots also include the Doctor's companions Romana (Mary Tamm & Lalla Ward), Sarah Jane (Elisabeth Sladen), and Leela (Louise Jameson).
Tom Baker is arguably the best actor ever to play the Doctor, with the exception of David Tennant. Without a doubt the fourth Doctor was responsible for turning American sci fi fans onto the series back in the early 80s. In fact Baker's Doctor was the only incarnation of the character that most Americans even knew of until the series became popular here again during the last decade.
Here are a few of the photos: 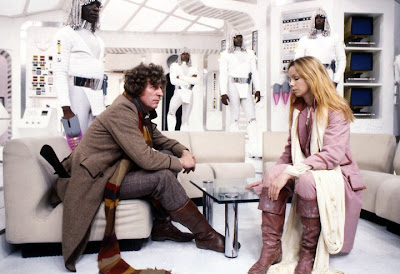 "Destiny of the Daleks"

Tom Baker as the Doctor and Lalla Ward as Romana 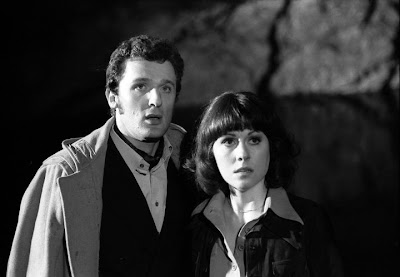 Ian Marter as Harry Sullivan and Elisabeth Sladen as Sarah Jane. "Revenge of the Cybermen" first aired on BBC1 on Saturday, April 19th 1975. 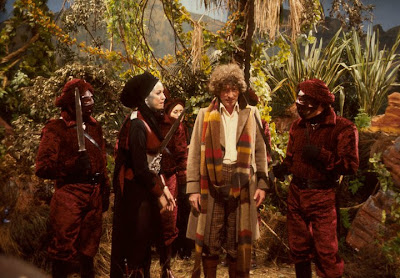 Myra Frances as Adrasta and Tom Baker as the Doctor. In Doctor Who: The Creature in the Pit. 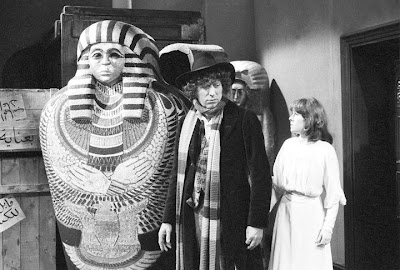 Tom Baker as the Doctor and Elisabeth Sladen as Sarah Jane Smith. Pyramids of Mars, a four part story set on Earth in the year 1911. 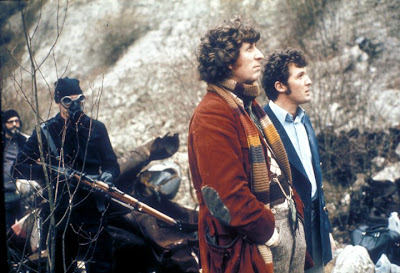 Tom Baker as the Doctor and Ian Marter as Harry Sullivan in "Genesis of the Daleks", the doctor must attempt to prevent the birth of the Daleks and so save future generations from Dalek power... 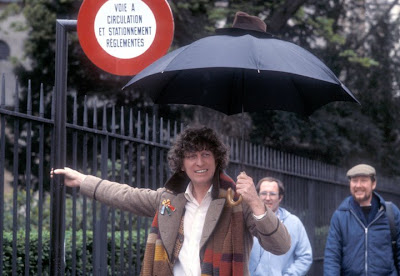 Tom Baker as the Doctor in "The City of Death". The Doctor and Romana visit Paris but what starts as a holiday turns rapidly into something more sinister as cracks appear in the fabric of time itself..
To view the other photos in the collection please visit Doctor Who on Facebook.
See Also: Comic Con Exclusive Doctor Who TARDIS / A Tribute To Elisabeth Sladen (1946-2011) / Matt Smith And Karen Gillan Talk About DOCTOR WHO And Filming In America / UK Students To Create New DOCTOR WHO Adventure / Doctor Who Flight Controlled TARDIS Vehicle / New DOCTOR WHO Online Fan Group Launches / Doctor Who - 10th Doctor (David Tennant) - Collage T-Shirt / The 100 Greatest Monsters From Movies And Television #21 - #30 / The 100 Greatest Monsters From Movies And Television #31 - #40 /The Next Season Of DOCTOR WHO Will Be Split In Two - Will Have A Mid-Season Cliffhanger / Daleks The Greatest Monsters Ever? Proof Positive That The Brits Don't Know Their Creatures / Doctor Who Visual Dictionary Updated 10th Edition Book / Johnny Depp Confirmed As The Big Screen Doctor? / Doctor Who vs The Yeti - Merry Christmas! / New Toy Wednesday! - 11 Doctors, Limited Edition Spock Kit, Gundam, Vampirella And Some Killer Anime Cleavage! / New Toy Tuesday! Classic Star Trek vs Classic Doctor Who, A Slave Girl & The Creature! / Karen Gillan Talks About Playing Amy Pond On Doctor Who /Doctor Who To Make A 'Whistle-Stop' Tour Of The UK / A New Doctor - A New Logo / John Simm Promises That Tennant's Doctor Will Get A 'Brilliant Send-Off' / A Sneak Peek At The The Ultimate Monster Guide And Other Doctor Who Tidbits / 'Four Weddings And A Funeral' Scribe Richard Curtis To Write For Doctor Who / The Name Is 'Who'......'Doctor Who' / Doctor Who Black And White Action Figures - Second Doctor & Cyberman / The First Look At The Animated Doctor Who From Dreamland / Doctor Who Star David Tennant Sends 'Postcard' From America
By Ken Hulsey - July 05, 2011