Korean 3D Monster Epic SECTOR 7 Comes Ashore In The US 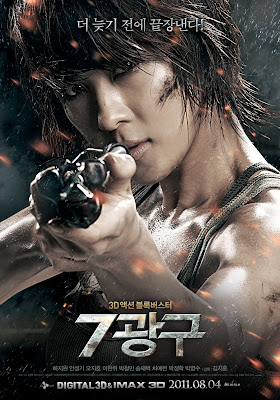 Way back in 2009 I wrote a small article about another ambitious monster movie coming out of Korea called "Sector 7". The film which stars the very fetching Ha Ji-Won, was directed by Yoon Je-Gyun and is very heavily inspired by such classic monster movies as "The Thing", "Alien" and "It: The Terror From Beyond Space" kinda disappeared off the radar until it showed up for a special screening in LA earlier this month. The film has gained a lot of positive reviews from that screening and now the LA based branch of the Korean distributor CJ E&M Pictures is set to unleash the film across America in limited release.

Here is the info on the film from CJ E&M's press material:

The Eclipse is an offshore drilling rig stationed at Sector 7, where the crew spend their days searching for oil, but something else awaits that is deadlier than they can imagine. A desperate struggle against the unknown enemy in Sector 7 begins…the open sea offers no place to hide.

Something awaits 8,000 feet under the sea off the southern tip of Jeju Island.

The Eclipse is the offshore drilling rig stationed at Sector 7, a mining area in the vast open sea located off the southern tip of Jeju Island. The oil drilling excavations end in failure and headquarters gives the order to withdraw.

Captain Jeong-man is sent to oversee the crew’s withdrawal from the Eclipse. However, Hae-jun, the equipment manager (played by Ha Ji-won), is adamantly opposed to the headquarters’ order, as she is certain that oil will be discovered in Sector 7. Motivated by Hae-jun’s conviction of finding oil, the Captain suggests conducting one last drilling exercise.

While Hae-jun and the crew are fully engaged in their final attempt, they lose communication with headquarters, and the crew is overwhelmed by the disconcerting feeling that something is out there. As bodies begin disappearing one by one, the few surviving need to think fast and fight for their lives in a non-stop battle against the mutant monster from the sea. Survival looks unlikely, but Hae-jun and the crew are determined to take any chance to get out of Sector 7 alive. 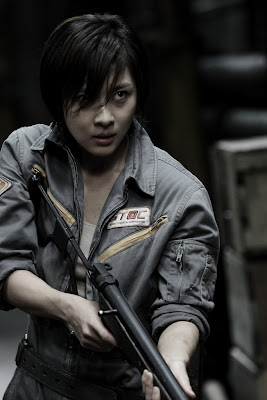