Actor Turhan Bey, who starred opposite of Lon Chaney Jr. in The Mummy's Tomb (1942), died at age 90. Fox News reported:


Turhan Bey, who starred in Hollywood escapist fantasies with the likes of Errol Flynn and Katherine Hepburn, has died at age 90.

His death in Vienna was announced Tuesday by Marita Ruiter, a close acquaintance who has exhibited his photos in her Luxembourg gallery.

She told the Austria Press Agency that Bey died on Sept. 30 after a long struggle with Parkinson's disease and was cremated on Monday.

Born Gilbert Selahettin Schultavey as the son of a Turkish diplomat, Bey assumed his stage name shortly after emigrating to the U.S in 1938 with his Jewish Czech mother to escape the Nazis and being discovered by talent scouts from Warner Bros Studios. 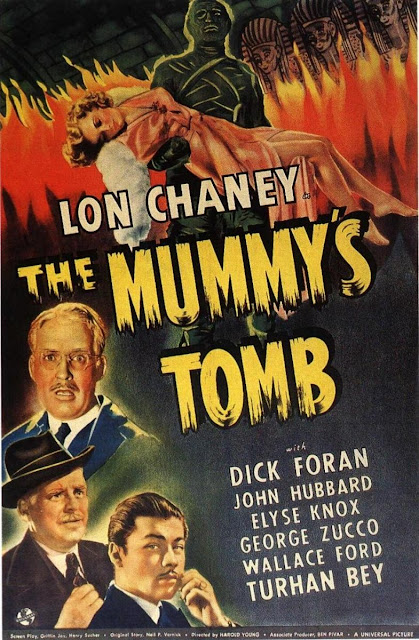