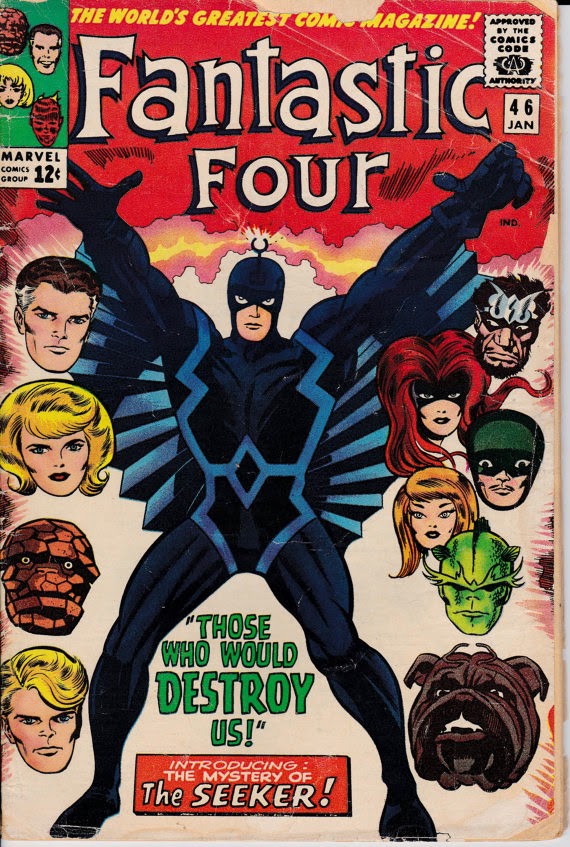 This comic book is in used condition. Comic is complete with cover and all pages attached. This comic has a few flaws that warrant a good grade.

The Thing begins fighting with Black Bolt. He is amazed at the Inhuman leader's speed and strength. Reed discovers that Black Bolt acquires his power by absorbing electrons from the air into the antennae atop his brow. The Thing decides that all he needs to do is disable Black Bolt's "nutty tunin' fork" and the fight will be over.

Meanwhile, Triton attacks the Human Torch and manages to douse Johnny's flame. Triton states that the Inhumans have managed to avoid the attention of the Seeker for many years, but this impromptu fight may expose them all. Reed wraps his arms around him, until he realizes that Triton's tunic is actually a sealed moisture bag. The bag rips open, and the water spills out. With only seconds left, Triton makes a mad dash for the pier and dives into the water. Gorgon and Karnak take the opportunity to mount an attack against Reed and Sue. - Marvel Comics