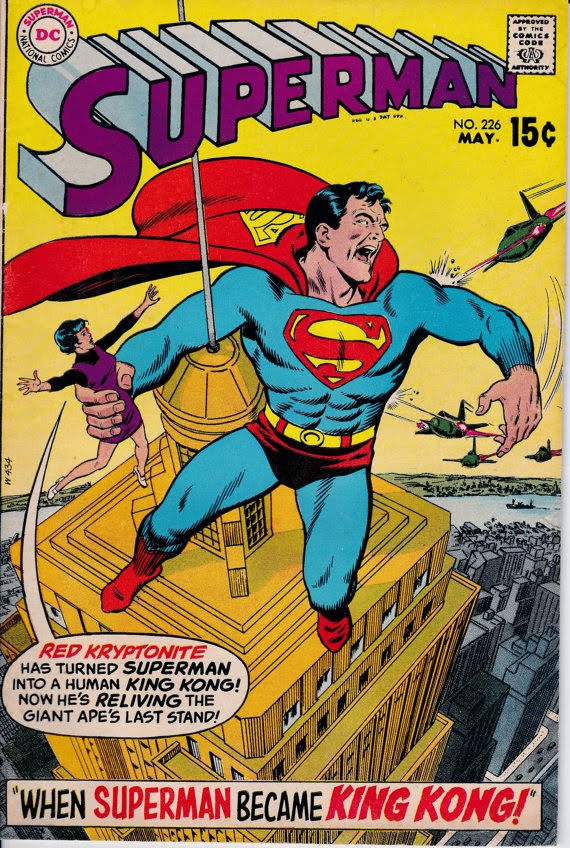 This comic book is in used condition. Comic is complete with cover and all pages attached. This comic has flaws that warrant a Fine grade.

Superman is affected by Red Kryptonite while watching the movie King Kong. As a result, he grows to giant-size, has his intellect dulled for a time, is incapable of speech, and goes on a rampage duplicating that of King Kong in the movie. Later, when the effect wears off, Superman transports Titano from the past to help protect his secret identity from Jimmy’s and Lois’s suspicions.

Clark Kent gets an interview with scientist Dr. Carl Cathcart, who dies during the session and passes on the key formula of his last invention to him. As a result, Kent is guarded round the clock by American agents, which makes it difficult for him to perform super-deeds, and is later captured by enemy agents who wish to pry from him the secret of the formula.