Oh, I don’t think you’ve ever known a woman like me. —Diana Prince 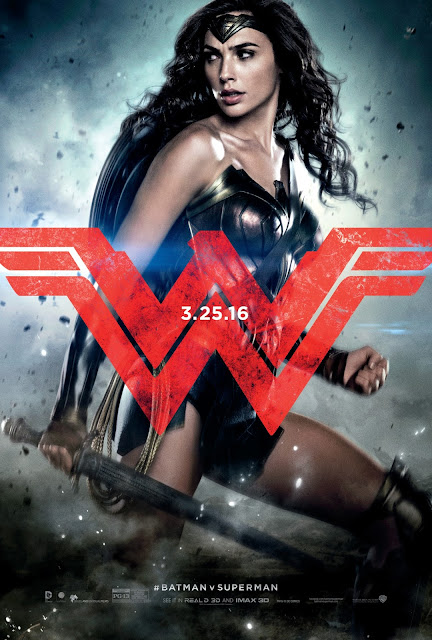 It was for the role of Wonder Woman that the filmmakers for "Batman vs Superman" felt perhaps the greatest responsibility when it came to casting. “Wonder Woman had just turned 75 years old, and we really felt it was time for her to grace the big screen,” declares Deborah Snyder. “She is one of the most powerful female heroes that we have, she symbolizes so much strength and passion, and she is a role model for women of all ages.”

So, no pressure, right?

“We searched all over the world, we looked at hundreds of actors for the role,” she continues. “When we met Gal Gadot, it was unanimous among us that she was special, that she personified Wonder Woman. And as we got to know her and saw how she interacted with everyone, we knew that she was the right fit. Wonder Woman represents love and truth and sexual equality. Gal really embodies those characteristics.”

Gadot’s first day on set as the heroine had an impact on everyone, especially one very young visitor—the niece of a crew member who had drawn a picture for Wonder Woman. “This sweet little girl gave me a beautiful picture she had drawn for me,” Gadot recalls, “and people just started to cry. It was very moving and it proved how important the character is. For little girls who can be inspired to be strong, independent and sophisticated women when they grow up and for little boys who learn they must respect women, Wonder Woman represents a lot of good values, and moral strength, too.”

Though her time in this film is somewhat brief, Gadot enjoyed bringing the Amazon warrior to life beside the iconic male Super Heroes. “She’s been around for a long time and she’s very wise,” Gadot observes. “She knows how to choose her battles and she can read a few steps forward. And there is a lot of difference between men and women in the way that we deal with conflict.”

Because the filmmakers were introducing both Wonder Woman and the mysterious Diana Prince in the film, they needed Gal Gadot’s physique to reflect the dual facets of the character. Having served in the Israeli army, the actress was no stranger to combat training. After discussing the role with the filmmakers, trainer Mark Twight says he trained Gadot with an eye to “develop the particular physicality of the character, who has to integrate into high society as well as being a total hitter when it comes to swinging the sword and battling the bad guys.”

Twight worked with Gadot for over nine months. “I noticed as she became more physically capable, her attitude changed from wondering about her ability to do the role to just knowing that she could sell this. That level of confidence was fascinating to watch develop, that she can be both beautiful and soft and caring when she needs to be and as hard as she needs to be to combat evil.”

Caro also put Gadot through her paces. “We did a lot of martial arts drills, working with her stances, footwork, punching drills, kicking drills, and so forth,” he says. “We mainly focused on her weapons training— specifically sword and shield.”

“Gal had to undergo such a rigorous training process,” Deborah Snyder adds, “yet she was always positive, always wanted to know what more she could do. Her commitment alone proved we really had our Wonder Woman.”

Snyder wanted Wonder Woman’s costume to be made of metal, which seemed like a great idea until Wilkinson began thinking about the demands of the film’s battle scenes and other special effects. “Metal is rigid,” Wilkinson explains, “but the choreography and the stunt requirements of our script called for incredible ease of movement. So instead we developed a material that looks like metal but was able to take a paint finish so we could create a wonderfully ancient feel to it, and still have it be flexible. I designed a sectioned breastplate that has expansion joints, allowing Gal to breathe and bend and do all her amazing stunt moves while looking like she’s outfitted in this incredibly strong, metal armor. We wanted to balance her power and intimidation with her grace and majesty.” 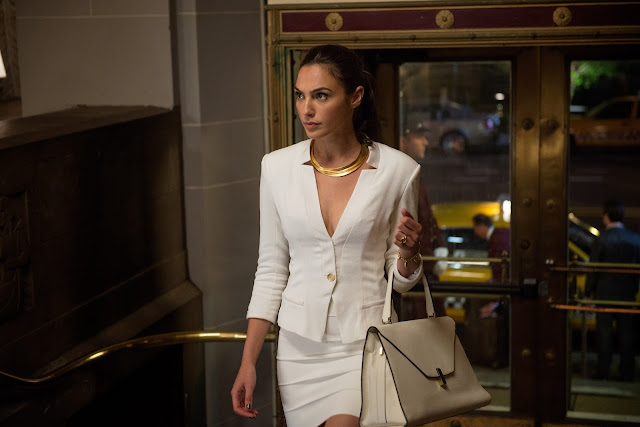 In designing Diana Prince’s civilian attire, Wilkinson says he was careful to resist the temptation to “go too high fashion or over the top. We wanted to create clothes for Gal that were very striking and individual-looking, but also grounded in her persona and the reality of the film.”

The designer strove for European elegance and sophistication, letting the beauty of the actress stand out through the use of minimal color. “She wears a lot of solid colors with confident silhouettes and statement jewelry, all of which convey her intelligence and, somehow, that she’s someone you don’t want to mess with. It was important that the clothes provide a sense of strength, rather than just being ornamental.”

Of course, we all know Wonder Woman is famous for some of her accessories, but neither she nor Batman would be truly ready for battle without their own, individualized arsenals.

With Wonder Woman at all times are her tiara, her Amazonian bracelets, and her lasso of truth, sword and shield. Designed and manufactured under the careful eye of property master Doug Harlocker, the sword, like Superman’s chainmail, surreptitiously incorporates a portion of the Joseph Campbell quote admired by director Zack Snyder—this time, etched in Venetian text into the grooves of the blade. An eagle, which is an integral motif in the character’s lore, decorates the uppermost part of the sword, and also sits, faded and almost ghostly, upon the front of her well-worn shield.

“Once we had Batman in the story, all I could think was, ‘Is it crazy to bring Wonder Woman in, too?’” Zack Snyder recalls. “For me, as a longtime fan, Superman, Batman and Wonder Woman are the comic book trinity, and I knew movie audiences have been dying for Wonder Woman. I thought it would be amazing to include her as a way to introduce the character into this world.”

Though the Amazon warrior’s appearance is brief, her timing is impeccable, and she definitely intrigues both men. Gal Gadot undertakes the role in the film, joining a powerful cadre of actresses in equally strong female roles: Amy Adams, reprising the role of journalist Lois Lane; Diane Lane returning as Martha Kent; and Holly Hunter as Senator Jane Finch, who goes toe-to-toe with both Superman and Lex Luthor.

Gal Gadot is rapidly emerging as one of Hollywood’s most engaging and sought-after talents. She is currently in production in the dual role of Diana Prince and Wonder Woman in the character’s first feature film, set for release in 2017. 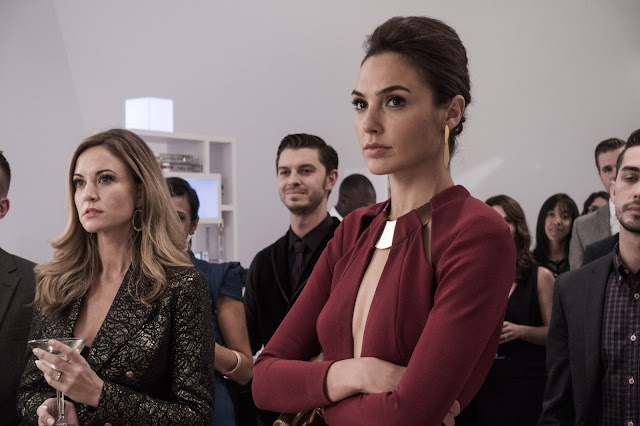 Due out in February 2016, Gadot can next be seen in John Hillcoat’s “Triple Nine,” a crime drama about a crew of dirty cops who are blackmailed by the Russian mob to execute an impossible heist. She will also star in Ariel Vromen’s action film “Criminal,” alongside Ryan Reynolds, Kevin Costner and Gary Oldman, about a dangerous convict receiving the skills and memories of a deceased CIA agent. Also set to release in 2016, Gadot will star in the comedy film “Keeping Up with the Joneses,” opposite Jon Hamm, Isla Fisher and Zach Galifianakis.

In 2009, Gadot appeared in her first U.S. feature as Gisele, Vin Diesel’s love interest in “Fast & Furious.” She returned as Gisele in “Fast Five” and “Fast & Furious 6,” and was last seen in the seventh installment, “Furious 7.”

In 2010, Gadot was seen in the action-adventure “Knight and Day,” which starred Tom Cruise and Cameron Diaz. In the film, she played Naomi, a henchwoman to Tom Cruise’s enemy. The same year she was also seen in the crime comedy romance “Date Night” as Natanya, the Israeli girlfriend of Holbrooke, played by Mark Wahlberg.

Born in Tel Aviv, Israel, Gadot won the title of Miss Israel and went on to represent Israel in the 2004 Miss Universe beauty pageant. She soon began her acting career, playing the lead role in the Israel TV series drama “Bubot” (“Dolls”).
By Ken Hulsey at March 16, 2016