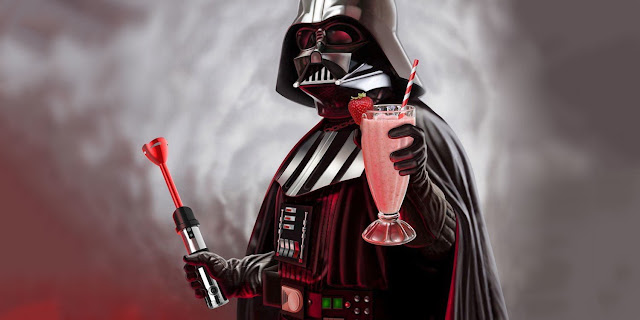 Honestly you can't make this stuff up.

I was going to write a commentary on this but I think it speaks for itself:

Margaret Atwood, best known for writing the book-turned-TV show “The Handmaid’s Tale,” believes the terrorists who attacked the U.S. on Sept. 11, 2001 were inspired by “Star Wars” movies.

Atwood, 78, told Variety, which paid tribute the author as one of the magazine’s Power of Women honorees, that she believed the movie franchise influenced the terrorists who carried out the attacks.

Atwood was recalling a time when a 2000 opera of “The Handmaid’s Tale” started “with a film going reel across the top of the stage that showed various things blowing up” including the World Trade Center. “They [the terrorists] didn’t get that idea from my opera, don’t worry,” Atwood said. “They got the idea from ‘Star Wars.’”

When Variety asked if the Canadian-born author “really believes that” she backed up her claim.

“Remember the first one?" Atwood said referring to "Star Wars: Episode IV – A New Hope." "Two guys fly a plane in the middle of something and blow that up? The only difference is, in ‘Star Wars,’ they get away,” she said. “Right after 9/11, they hired a bunch of Hollywood screenwriters to tell them how the story might go next. Sci-fi writers are very good at this stuff, anticipating future events. They don’t all come true, but there are interesting ‘what if’ scenarios.”

Atwood was most likely referring to the part in the 1977 film when the protagonist Luke Skywalker along with Rebel pilots attacked villain Darth Vader’s Death Star, a space station which has the ability to blow up an entire planet, Entertainment Weekly reported. Skywalker uses the force to set off a torpedo which blows up the station before flying off.