The X-Force women break into the Camp Hayden research center 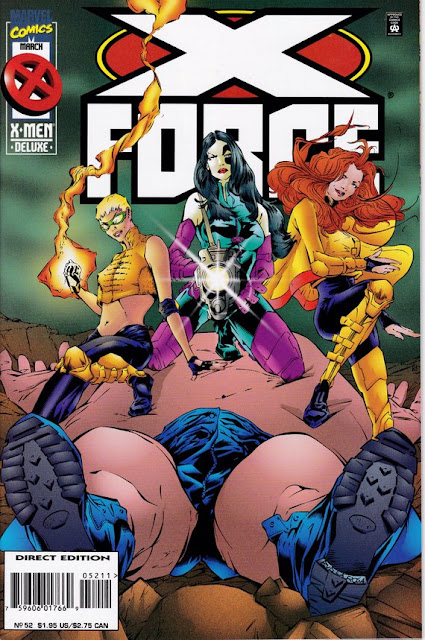 The X-Force women break into the Camp Hayden research center. The team consists of Domino, Meltdown and Siryn. As they enter the base they find a wall that has been spray-painted with the name "Onslaught", but cannot figure out what it means. Then, they feel an earthquake and soon find that it is not the ground that is shaking, but instead the Blob. They immediately attack and he shows that he has new enhanced powers since they last met. He takes out all of their attacks that they throw at him.

Shatterstar and Warpath duel in the Danger Room. Warpath has been sparring with him for some time and he finally gets a hit in on Shatterstar. Warpath questions what happened and Shatterstar seems distracted. He tells him that he has been acting this way since his attack on Domino, in which he stabbed her. Warpath tells him his reaction means that he is becoming more human.