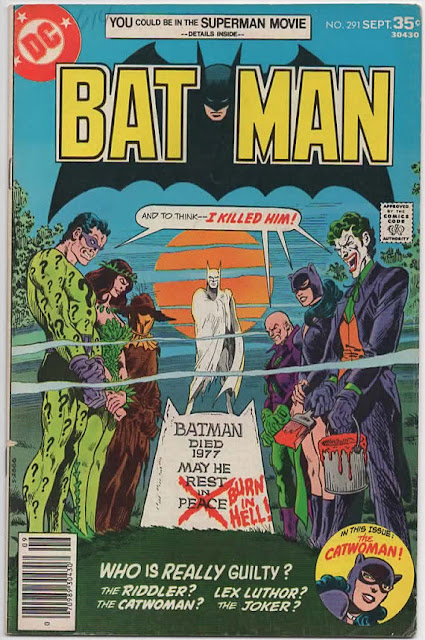 The first installment of the "Who Killed Batman?"

"Where Were You on the Night Batman Was Killed?: The Testimony of the Catwoman!":

When word spreads throughout the underworld that Batman has been killed, several villains take credit for the deed; So the villain community sets up a trial to test the various claims, with Ra's al Ghul acting as judge and Two-Face acting as prosecutor; First up is the Catwoman; But Two-Face finds the technical error in Catwoman's story and she is dismissed. Letter from comics artist Adam Castro. Swamp Thing from the Beginning article by Jenette Kahn.