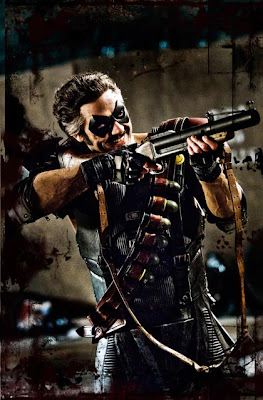 Comic-Con International is a nonprofit educational organization dedicated to creating awareness of, and appreciation for, comics and related popular art forms, primarily through the presentation of conventions and events that celebrate the historic and ongoing contribution of comics to art and culture. It is the largest convention of it's kind in the world. Last year's convention had over 104,000 attendees.

This Special Preview features a special preview for titles scheduled to be highlighted by Warner Bros. Pictures at Comic-Con 2008. 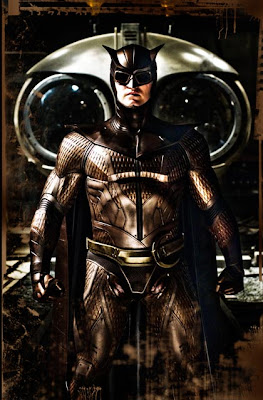 Action/Adventure/Sci-Fi. A complex, multi-layered mystery adventure, Watchmen is set in an alternate 1985 America in which costumed superheroes are part of the fabric of everyday society, and the "Doomsday Clock" - which charts the USA's tension with the Soviet Union - is permanently set at five minutes to midnight. When one of his former colleagues is murdered, the washed-up but no less determined masked vigilante Rorschach sets out to uncover a plot to kill and discredit all past and present superheroes. As he reconnects with his former crime-fighting legion--a ragtag group of retired superheroes, only one of whom has true powers--Rorschach glimpses a wide-ranging and disturbing conspiracy with links to their shared past and catastrophic consequences for the future. Their mission is to watch over humanity...but who is watching the Watchmen? 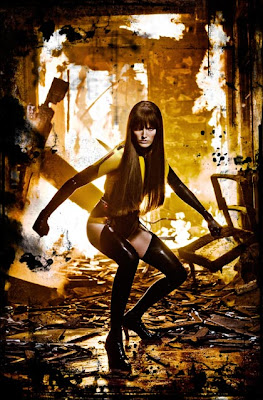 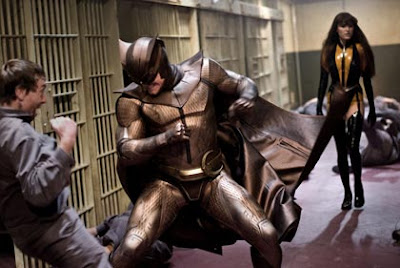 JACKIE EARLE HALEY as Rorschach in the mystery adventure "Watchmen"
FERRYMAN COMIC BOOK
Writer: Marc Andreyko
Illustrated By: Jonathan Wayshak
Publisher: Wildstorm, a division of DC Comics
Gideon was a decorated cop, until he took the law into his own hands to bring down the man who murdered his wife, getting himself killed in the process. Sent to Hell for his sins, Gideon became a Ferryman, a bounty hunter for Lucifer. When people make deals with the Devil--strength, beauty, wealth and power in exchange for their souls--the Ferryman is the one who comes to collect. The souls, imbued with incredible supernatural powers because of their arrangements with Satan, don't go easily. But Gideon is the best Ferryman in the Devil's army, and he drags the souls back to Hell in one explosive showdown after another. After decades of retrieving lost souls, Gideon wants Lucifer to keep his end of the bargain: to release Gideon from his contract and allow him to go to Heaven, where he can finally be with his wife. However, the Prince of Lies has one last job for Gideon. He wants him to find the Outcast, a soul that has destroyed countless Ferrymen and eluded Satan for thousands of years. It is the most dangerous mission of Gideon's life, one that will take him across the globe and into his own dark past, ultimately revealing an ancient mystery that threatens the very foundations of Heaven and Hell.
THE HILLS RUN RED
On DVD in 2009
Director: Dave Parker
Writers: David J. Schow, John Dombrow. Story by John Dombrow and John Carchietta
Producers: Steve Richards,Erik Olsen, Roee Sharon, Robert Meyer Burnett, John Carchietta Executive Producer: Carl Morano
Cast: Sophie Monk, Tad Hilgenbrinck, William Sadler, Alex Wyndham, Janet Montgomery
Horror. In the vein of horror classics from the 1970s and 80s, Dark Castle's The Hills Run Red follows Tyler, a film fanatic whose obsession with finding a complete print of an infamous slasher movie leads him and two friends into the backwoods where the film was shot. They realize too late that filming never ended--and now they must survive a nightmarish onslaught or become part of the movie forever.
See Also: (Continued) Warner Bros - Comic Con 2008 Sneak Previews
By Ken Hulsey at July 21, 2008