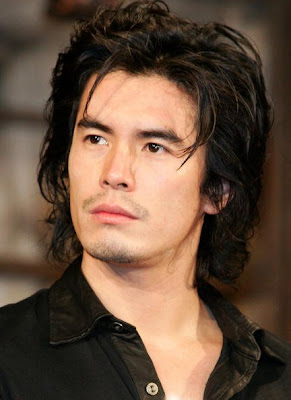 Thirty-three your old actor, Hideaki Ito, met with the Japanese press in Tokyo on Tuesday to promote the disaster film, "252 – Survivor Confirmed." Reportedly the film takes place in Tokyo after the city has been destroyed by a massive typhoon. Ito, who plays the role of a rescue worker, told the press, “I was so moved by the idea of self-sacrifice by rescue workers. During filming, we got dirty with dust and clay. And we suffered a lot of injuries on the set. It was really tough.” "252" is scheduled for theatrical release in Japan, December 6th.

The name of the film comes from a communication code used by Tokyo firefighters, meaning “survivors.”
By Ken Hulsey at September 17, 2008