The Bloody Rage Of Bigfoot - Two Hot Girls On A Motorcycle 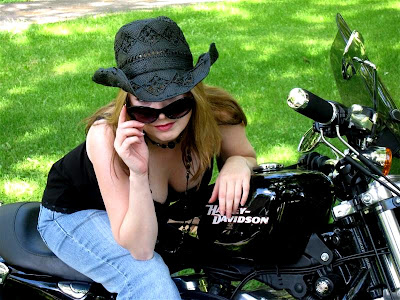 Just about every pure-blooded American man, who likes women, has taken a gander at the pages of "Easy Rider Magazine", a monthly collection of hot girls posed on motorcycles. Of course, it's not the motorcycles that bring thousands of readers a month to the magazine, no it's the fact that the girls that pose with the bikes are, nine times out of ten, topless or naked. As Hugh Hefner learned early on, that is a sure fire formula to get people, okay men, to read your magazine.

Likewise James Baack has learned that posing hot girls on a motorcycle is sure fire way to get people to see his movie, in this case "The Bloody Rage of Bigfoot."

Now, you may ask yourself, "What in the heck does a couple of hotties on a bike have to do with a movie about Bigfoot?" Well, the answer to that is, "not much." Okay, the two aforementioned 'hotties' are the stars of the film, namely Andrea Hutchison, who plays "Satantha, and Tina Boivin, who plays "Loosey-Fur", are better looking than Sasquatch and probably better suited for advertising purposes.

In fact, I will go out on a limb here and state that Baack would have been better served to make a movie about Andrea and Tina on motorcycles (and with guns...another Baack promo photo idea), then the gory Bigfoot movie has been shooting over the past year. Something more like Regan Redding's latest film, "Killer Biker Chicks."

The film looks crazy, honestly it will be a wild one, trust me.

Baack is presently wrapping up the shooting for "The Bloody Rage of Bigfoot", despite tornadoes and crazed Illinois Bigfoot fans. The director is now hopping for an early 2010 release for the film, with a premiere that he promises, ".....will give a new meaning to the phrase 'Shock and Awe!'"

Here are the photos for you "Easy Rider" fans to enjoy: 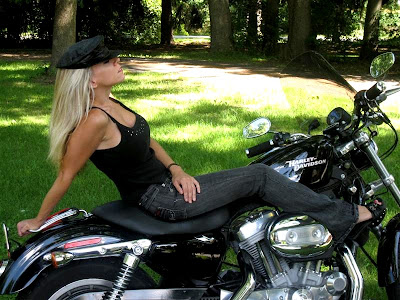 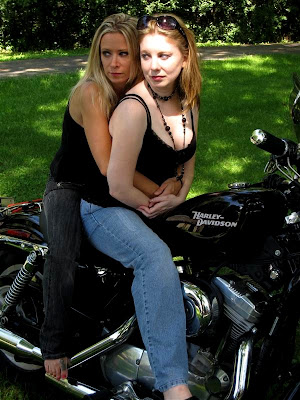 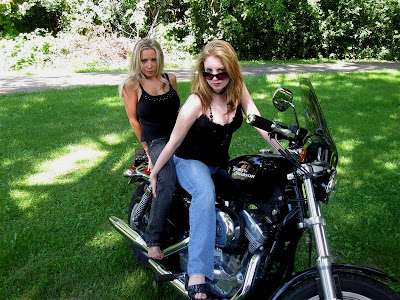 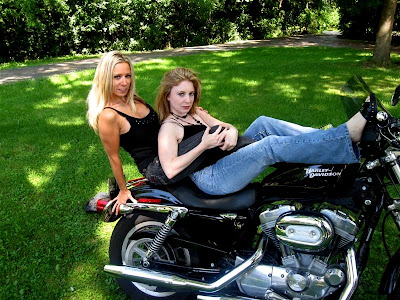 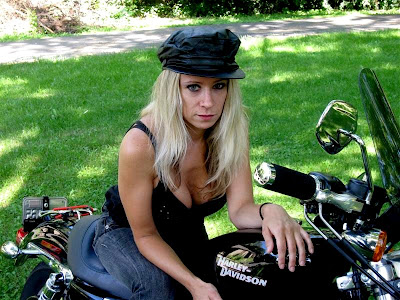 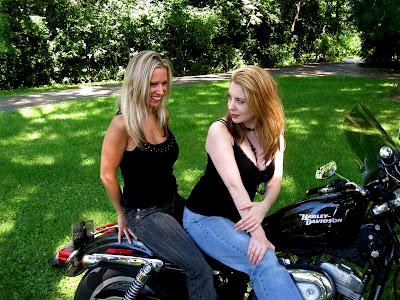