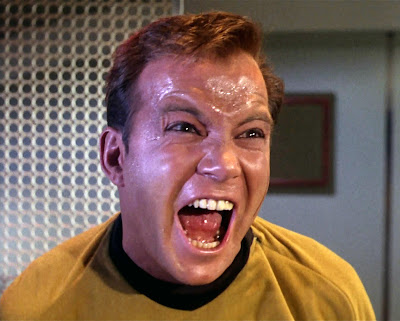 Let’s face it, Captain James T. Kirk was a pro, not only with his duties as captain of the Enterprise in most cases, but also with the many lovely ladies he came into contact with while going where no man has gone before. However, in looking back over three seasons of the original series and nine feature films, was our favorite womanizing captain ever guilty of making some dumbfounded decisions? You bet he was.

These were such highly questionable actions that it’s a miracle he and his crew ever continued going where no one has gone before, in one piece!

Let’s take a look at a list of ten of these overlooked mistakes by one of our favorite Star Trek captains…..

Towards the beginning of Star Trek: The Motion Picture, Kirk’s ingenious decision to force the Enterprise to go to warp speed when he was clearly forewarned by Scotty that they needed much more testing on the flow sensors before doing so safely. Kirk’s gross negligence almost killed everyone on the ship before ever reaching Vejur.

Granted, he felt it was worth the risk given Earth could be on the verge of being vaporized, but this particular decision was more incompetence and impatience getting in the way than doing what was best at that moment in time. A decision no less that ultimately leads to the Enterprise getting trapped inside a wormhole. Heck, even Bones reminds him as he stood right over his shoulder, just before he’s about to force the ship into warp drive from hell, that he was pushing everyone too hard and to let people do their jobs! But like a little kid who wants to open his presents a day early, he orders Scotty to punch it without regard to anyone’s sound advice.

Good thing Captain Decker, oops, I mean Commander Decker was on board to countermand yet another questionable action I’ll cover next…