The Conquest of the Plan ... I Mean Dawn of the Planet of the Apes Trailer 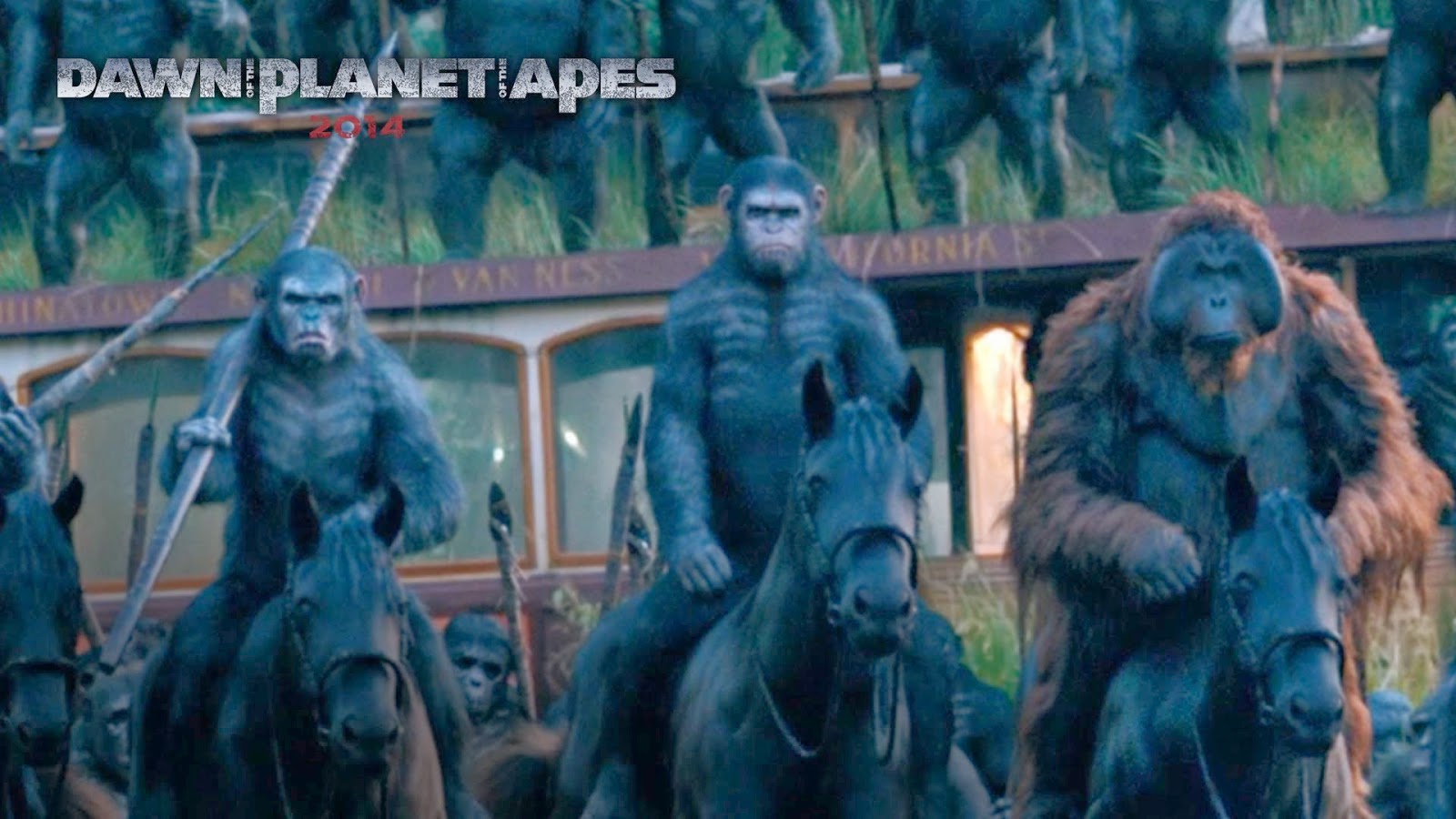 War is on the horizon in the first TV spot for Dawn of the Planet of the Apes, which you can watch directly below. It doesn't include much, but a few shots of a ravaged Earth and the apes making ready for battle as thier growing nation, led by Caesar (Andy Serkis), is threatened by a band of human survivors of the devastating virus unleashed a decade earlier. Set 15 years after the events of 2011's Rise of the Planet of the Apes, apes and humans have reached a fragile peace, but it proves short-lived, as both sides are brought to the brink of a war that will determine who will emerge as Earth's dominant species. In various human and ape roles the film stars Jason Clarke, Kodi Smit-McPhee, Gary Oldman, Keri Russell, Judy Greer, Toby Kebbell and Enrique Murciano and was directed by Matt Reeves.

Email ThisBlogThis!Share to TwitterShare to FacebookShare to Pinterest
Labels: 20th Century Fox, Dawn of the Planet of Apes, Planet of the Apes, Sci Fi, Trailer