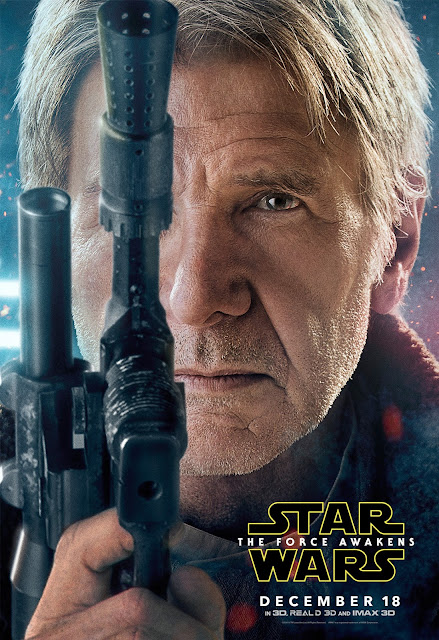 Last night I was treated to a movie that I had been waiting to see for thirty-two years, Star Wars Episode VII: The Force Awakens. After the release of 'Return of the Jedi' in 1983 no one ever truly believed that it would take three decades for the next installment in the series to be produced. It seemed like a no-brainer that a money driven movie industry, along with a rabid fan base, would demand that after a short hiatus the next chapter in the Star Wars saga return to the silver screen. Alas that did not happen.

As we all know George Lucas would revisit his tribute to 1930s sci fi serials beginning in the 1990s with newly revamped versions of the original three films which paved the way for the three less than stellar Star Wars prequels. In the eyes of most fans the newly added scenes in 'A New Hope', 'Empire' and 'Jedi' did nothing to improve on the originals and the three films that followed them failed to capture the wonder and charm that made Star Wars the most beloved movie series in cinematic history.

Taking that into account I was optimistic but cautious about what Disney and J.J. Abrams would do with this beloved movie franchise. As it would turn out getting Star Wars away from George Lucas and into the hands of 'The Mouse Factory' was a great thing for both Star Wars and it's fanbase. As a fan who was there in 1977 when Star Wars I have to say that my expectations were far exceeded by what I saw last night.

I think what I tweeted (and posted on Facebook) immediately after seeing the movie summed it up best: "Just saw Star Wars The Force Awakens - MIND BLOWN!"

J.J. Abrams had to walk a razor thin line with this movie. He had to make a film that both captured the essence of the three originals, yet be new and fresh like his recent two 'Star Trek' movies. Amazingly the film maker was able to pull off exactly that. While watching The Force Awakens it was a joy to see an equal portion of Lucas (The Lucas who made A New Hope not Phantom Menace), Irvin Kershner (Empire), Richard Marquand (Jedi) and Abrams' influences in what made it onto the screen. I think that it would be safe to say what Abrams has produced here may be the most complete and polished Star Wars film with the exception of 'The Empire Strikes Back', which is arguably the best sci fi film ever made.

This is where things get tough. I really want to delve into the story at this point, but I realize that there are still a vast majority of fans who have not seen the movie yet and may not see it for a few days, so I'm not going to ruin it for you ... though I really, really want to talk about it.

That being said, I think that I won't be wrecking anyone's movie experience by talking about how the plot for The Force Awakens in many ways mirrors that of the first three films. A fact that has put off many of the critics who have already written about this movie. For myself personally this fact actually made the film more enjoyable. It helped connect this movie with the three original in ways that the three prequels failed to do. The plot for The Force Awakens may not have been 100% original, but who cares really? The film is both fun, compelling and stirred up more than a bucket full of emotions I can't get into without blowing any important parts of the story. 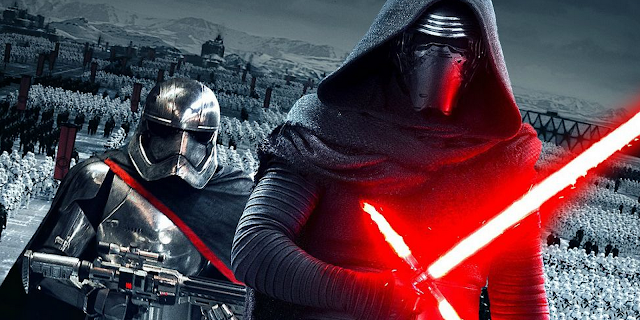 To sum it up, Star Wars The Force Awakens is an amazing movie with incredible effects, great acting and a kind of story that sadly had been missing from this franchise since the 1980s. As a fan this was what I wanted to see in a Star Wars movie for years.

In all honesty I waited til this morning to get all my thoughts together about what I saw last night, and I'm still trying to process it all, which in a way really speaks to what an overall amazing movie The Force Awakens really is. Maybe as the day goes by, or after I see it again numerous times, I can truly express whats brewing in my noggin.

Obviously I will be revisiting this film again in a few days after almost everyone has seen the movie to talk in depth more about the plot and the film as a whole in more detail.