Looking For Chills And Thrills? Read "For As Long As You Live" ... And Gasp! 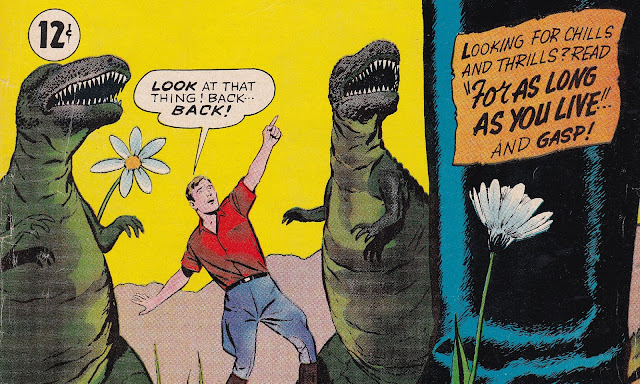 For as Long as You Live!" (script by Richard Hughes as "Shane O'Shea," art by Paul Reinman); "White Streak" (art by John Forte); "What's Behind That Superstition?" (script by Hughes as "Greg Olivetti," art by Ogden Whitney); and "The Boy With Second Sight.

Adventures Into the Unknown was an American comic-book magazines series best known as the medium's first ongoing horror-comics title. Published by the American Comics Group, initially under the imprint B&I Publishing, it ran 174 issues (cover-dated Fall 1948 - Aug. 1967). The first two issues, which included art by Fred Guardineer and others, featured horror stories of ghosts, werewolves, haunted houses, killer puppets and other supernatural beings and locales. The premiere included a seven-page, abridged adaptation of Horace Walpole's seminal gothic novel The Castle of Otranto, by an unknown writer and artist Al Ulmer.

Unlike many American horror comics of the Golden Age, it weathered the public criticism of the early 1950s and survived the aftermath of the Senate Subcommittee on Juvenile Delinquency hearings of April and June 1954 when the comics industry attempted self-regulation with a highly restrictive Comics Code. 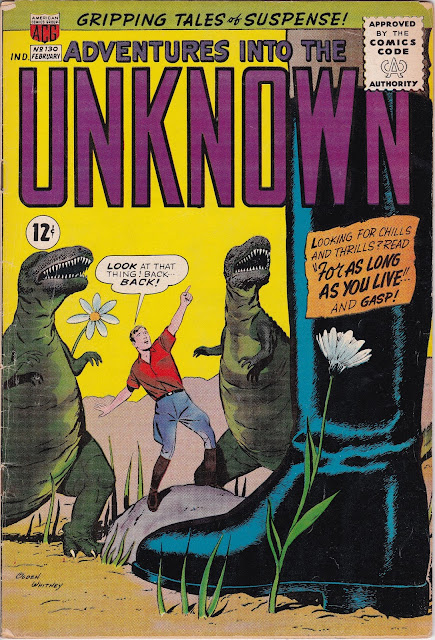