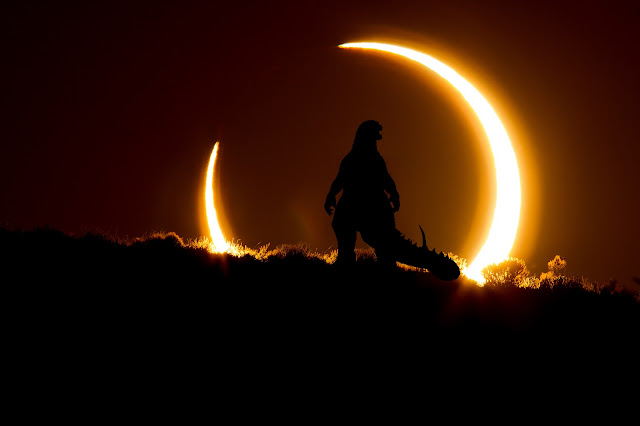 Finally a class I would love to take!

Hiroshi Ito, a media studies professor at Wakayama Shin-ai Women's Junior College in Wakayama, is taking a different approach to teaching Japan's constitution and anti-war ideals this semester. Ito began teaching a class on April 26 that explains the constitution through the Godzilla film series.

Ito said, "I want students to examine how Japanese society that surrounds the constitution has transformed, using images from the Godzilla series of films that spans more than 60 years." Since the original film debuted during Japan's early postwar period in 1954, TOHO has produced 29 live-action Godzilla films. The most recent, Shin Godzilla, debuted under the direction of Hideaki Anno and Shinji Higuchi in 2016. The franchise is also inspiring an anime film trilogy, and the second film, Godzilla: Kessen Kidō Zōshoku Toshi, will open in Japan on May 18.

With Japanese politicians currently discussing amendments to the constitution, Ito believes "it is critical for people to know first what's in and around the constitution." Since adopting its current constitution in 1947 after the end of World War II, Japan has had only a Self-Defense Force and no official military. However, current Prime Minister of Japan Shinzō Abe and other members of the ruling Liberal Democratic Party want to amend the war-renouncing Article 9 of the constitution and restore the country's military.

As Ito's class explains, the original "Godzilla (films) started as an anti-nuclear, anti-war project." The original film sends a strong anti-nuclear message with its title monster awakened by a hydrogen bomb. The film's message references real-world events, such as the the United States' bombings of Hiroshima and Nagasaki.

Ito is a fan of the Godzilla franchise, and came up with the idea for the class after seeing Shin Godzilla and its success. In the film, the United States suggests a nuclear strike because other attempts to stop the monster have been ineffective. Although Japanese efforts prevent the use of nuclear weapons in the end, Ito sees the film as contrasting the franchise's initial anti-nuclear message. He said, "These things were now taken for granted, and it worried me."

Ito hopes to pique students' interest with Godzilla in order to educate them about the full significance of Japan's constitution, including its Article 9, and its influence on the now pacifist country. Toward that aim, the college course will show scenes from the film franchise related to peace and the constitution.