The Monster Who Waited A Million Years To Destroy The World 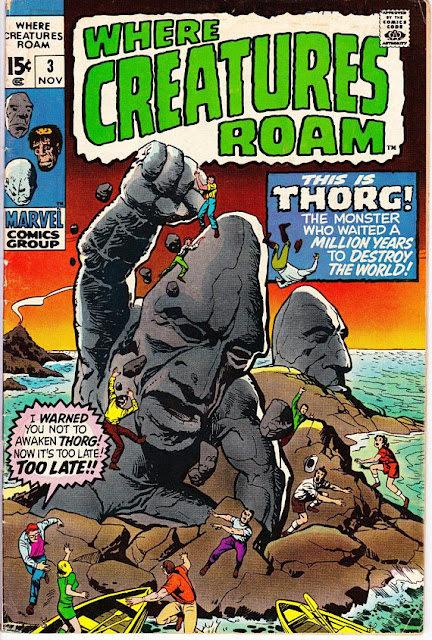 When Professor Linus mistakenly wakes up Thorg the Unbelievable he has to stop him from waking up his fellow warriors and taking over the world. Marvelmania ad. "I Am the Victim of the Sorcerer!", art by Steve Ditko; The story of the fate of one who betrayed a sorcerer. "Save Me From the Mole Men!", art by Paul Reinman; A fighter who is cruel and likes to hurt his opponents finds out that there are some creatures stronger than him, and they like to hurt their opponents also. "I Live Again!", art by Steve Ditko; The animated statue rises up from where it fell in the last story and decides to go to America so that it can conquer the world.