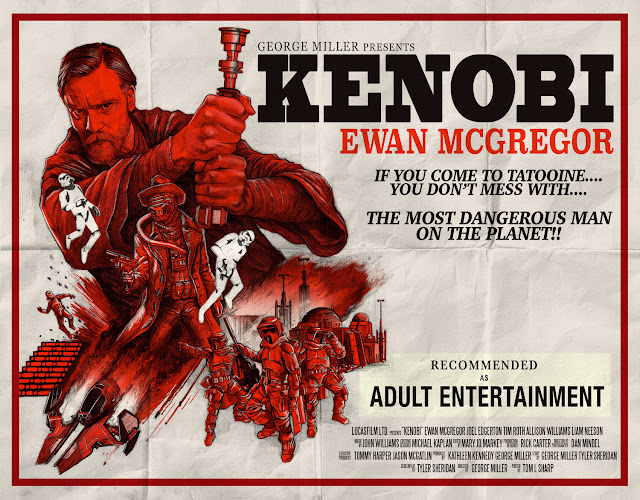 Despite the fact that an Obi-Wan Kenobi movie has been in development for two years now actor Ewan McGregor insists that he has no knowledge of it. This of course means only one thing. McGregor is a honorable person who knows how to keep a secret and keep his trap shut.

In the lead up to the release of this year’s Solo: A Star Wars Story, it was reported on multiple occasions that Disney and Lucasfilm were working on an Obi-Wan Kenobi Anthology movie.

Last August, it was revealed that Oscar-nominated director Stephen Daldry (Billy Elliot, The Hours) was in talks to write and potentially direct the Obi-Wan film, while earlier this year rumours suggested that the movie was actually in pre-production and would start shooting in April 2019 after Star Wars: Episode IX wraps production.

However, in the wake of Solo’s box office failure, Disney and Lucasfilm are reportedly taking stock of their Star Wars plans, and while it has been said that the spinoff is still in the works – potentially for Disney’s upcoming streaming service – it appears this is news to Obi-Wan himself, Ewan McGregor.

“I would totally do it, of course,” said McGregor, speaking to The Express during an interview for his new film Christopher Robin. “There’s no plans as such to do it, as far as I know. There must be a good story to tell as they’re doing spin-offs – there’s likely to be a good Obi-Wan between me and Alec Guinness.”

Now, it is of course entirely possible that McGregor is just looking to throw us off the scent, or that Disney and Lucasfilm is yet to commit to the project 100%, and therefore the actor doesn’t want to offer any confirmations until the film has officially received the green light. However, with the studios’ focus now firmly on Episode IX, we may have some time to wait before we find out either way…

Obi-Wan Kenobi - The Ghosts Of Jedi Past