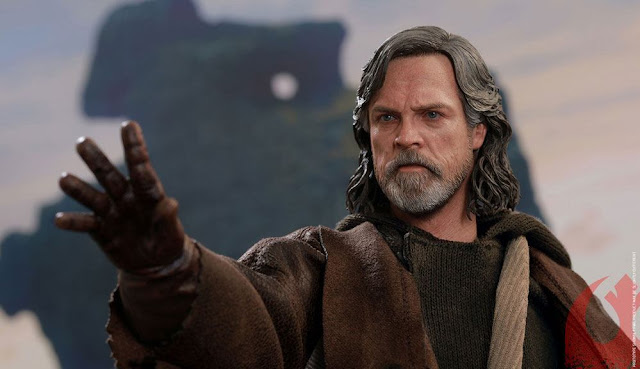 Please don't mistake this post for any interest on my part in Star Wars Episode IX. I have no intent on seeing it but I'm posting this for all the wayward fans who may still be holding on to the hope that the last Star Wars sequels my somehow save what has so far been a horrible storyline.

One would think that reading the script for a new Star Wars movie would be a thrilling privilege. But it might be more terrifying than exciting.

So thinks Domhnall Gleeson, anyway, who recently appeared on the Happy Sad Confused podcast and reflected on his feelings after he read the script, which include mostly dread. Not because of anything in the script, mind you, but because he’s afraid of spoiling it.

“I made the terrible mistake of reading the script, I know everything,” he said.

“The nightmare is falling asleep on public transport … The nightmare is you wake up on a plane and someone’s dictating. You wake up and your mouth is shaping words, you wake up and you’re like, ‘Skywalker did this.’ And then you realise you don’t know how long you’ve been speaking, and there’s a kid filming, there’s somebody writing it down. And because you’re in the air, you say, ‘We need to have a talk before we land, I can access my bank account.’”

This is just another entry in the fascinating saga of modern script secrecy, and the stress it undoubtedly causes everyone on a production. Spoilers are a big deal, enough so that an actor spoiling a big movie can become an internet sensation, and that many actors just aren’t even given the script to read in the first place.

I don’t blame Gleeson for being nervous. Maybe, for a while, he should avoid the train. Just in case.


I think many of you clued into the line "Skywalker did this". It looks like Domhnall may have done exactly what he was scared of doing by accidentally revealing a major plot point.

Poor guy will never get any sleep now.

It's Time To Visit The Biggest Haunted House In The Galaxy