The Super-Monster even the H-Bomb cannot destroy!

A group of Soviet fighter planes carrying nuclear weapons is shot down of the North Pole. The resulting crash detonates one of the bombs waking a giant prehistoric turtle, Gamera (Gammera), from a million year old hibernation. The titanic turtle takes little time destroying a research ship before taking off in search of the energy it needs to recharge itself. 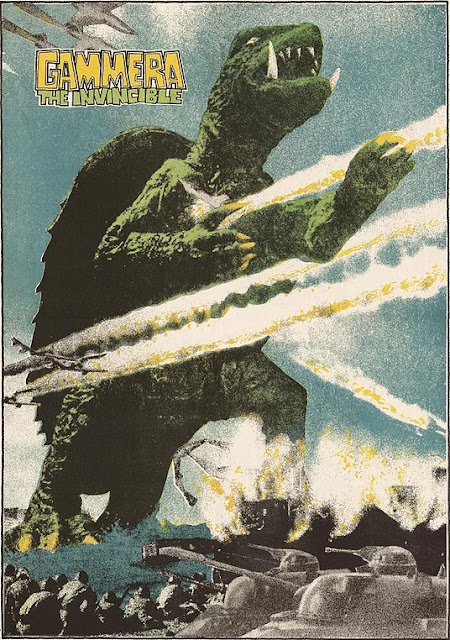 Unlike Godzilla the destruction Gamera dishes out on Japan is not nature striking back at mankind, but a simple quest for food. Also, like Godzilla, mankind's vast array of weapons have no effect on the monster. A plan to sedate the creature long enough for tons of dynamite are placed around it and detonated does nothing to curve the carnage.

In a move somewhat out of character the monster saves the life of young boy who was watching the creature from a lighthouse the monster would destroy. Gamera would reach out it's gigantic hand and catch the lad in mid fall and place him safely on the ground. From this point on Gamera would be known as the protector of children.

The world's scientific community would come up with one final plan to save mankind. Gamera would be lured to a remote island where a giant rocket was constructed to transport the creature far into space where it could never return.

Gamera would take the bait and become trapped in the massive nose cone of the spaceship. Earth was saved...well until the next film anyway.

In the late 1950's and early 1960's Toho had the monopoly on Kaiju (Monster Films) made in Japan. Another film maker Daiei was about to change that with the release of the film "Daikaiju Gamera" or as we know it here in the US "Gamera the Invincible". Gamera would prove to be a success for Daiei and spawn it's own series of films just like their rival Godzilla. In the world of kaiju though Gamera would always play second string behind Toho's mighty monster. The stories and special effects always seemed to be a step below the competition. Eventually Daiei would put their turtle on the shelf while the Godzilla franchise would keep on making films.

Director Noriaki Yuasa initially began production on a film titled Dai gunju Nezura (lit. The Great Rat Swarm) which would involve real rats crawling over miniatures of cities. The rats received for the film had fleas, which halted production on Dai gunju Nezura. The success of Toho's Godzilla films led to the rival company Daiei to create a monster series of its own. As the miniatures for the film were already built, Masaichi Nagata had to develop a giant monster to attack the city and had the idea for a giant flying turtle. Yuasa and screenwriter Nisan Takahashi developed the idea into the 1965 film Gamera, the Giant Monster. Special effects technician Ryosaku Takayama designed the turtle suit used in the film.

The films created by Daiei were aimed at younger children than the Godzilla films of the period and had lower budgets. Gamera, the Giant Monster was the only film in the series shot in black-and-white. Yuasa stated that the first Gamera film had a budget of about ¥40 million and that the film went "over budget a little bit". Due to the commercial success of the first Gamera film, the second film had a expanded budget that Yuasa stated was 80,000,000 yen.

The veteran Canadian metal heads Varga released "Enter the Metal" in 2013 which featured a hard rocking tune about everyone's favorite titanic turtle. At the time lead singer Adam Alex was asked about their song Gamera.

"Gamera is an eight minute song in which we try to lay down a soundscape to the images of the legendary science fiction monster causing havoc and chaos across the Japanese countryside. The numerous parts and grooves we laid down are meant to represent different aspects of the story and provide the listener a soundtrack for the destruction that ensues." 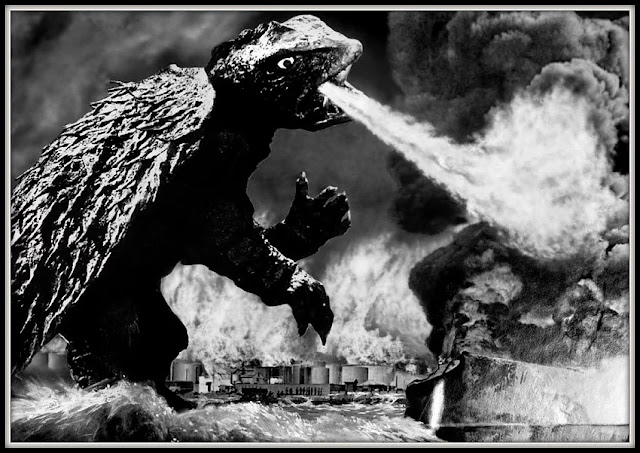 In the mid 1990's Daiei decided to bring Gamra out of mothballs and restart the series with new direction, new monsters, and state of the art scripts and effects. The timing was perfect for Daiei. Toho had just decided to give the Godzilla series a break and focus on other projects. The stage was set and the door wide open for a Gamera comeback. The first of the new series "Gamera Guardian of the Universe" would draw great praise from critics and fans alike. In most ways these new Gamera films would be better than the Godzilla films that Toho had been making. Gamera was now on top. The series had new life and Gamera was again on the kaiju scene. Gamera, the Giant Monster was released in Japan on November 27, 1965. The film was a bigger hit than the studio expected, which led to a higher budget for the second film, Gamera vs. Barugon.

An edited version of the film was released theatrically in the United States on December 15, 1966 as Gammera the Invincible. This version contained additional scenes with American actors, a new theme song by the Moons and all Japanese dialogue dubbed in English, making the U.S. version run at 86 minutes. These included the scenes with the Alaskan army base, the Pentagon and the U.N. headquarters. This version of the film was also shown frequently on American television in the 1970s. 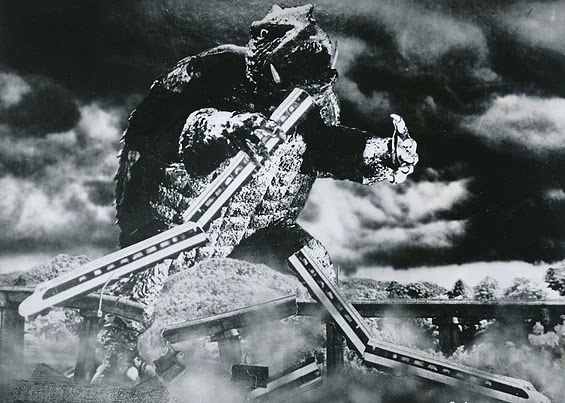 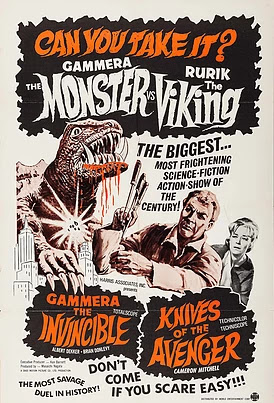 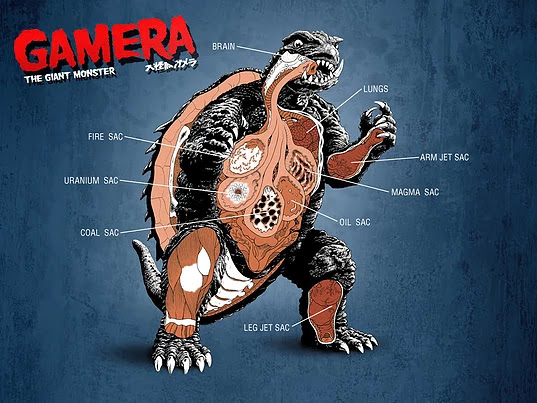 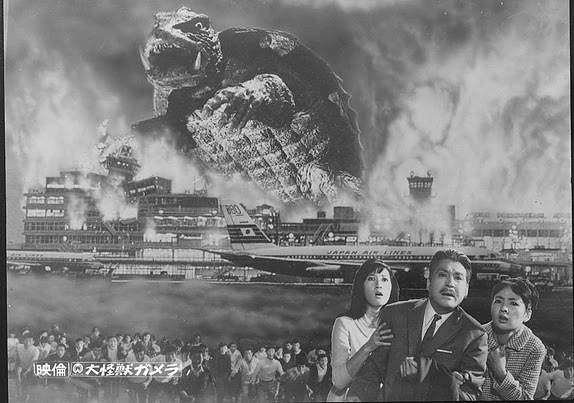 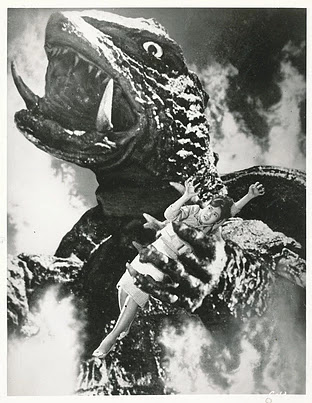 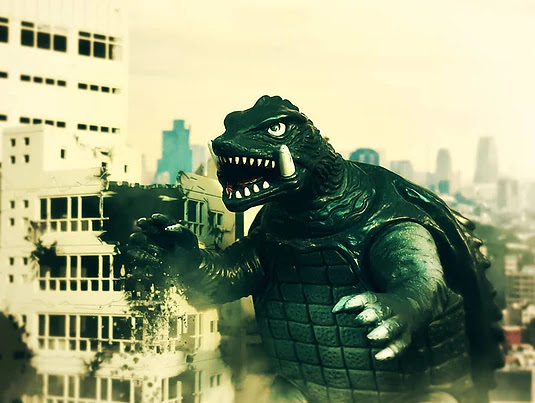 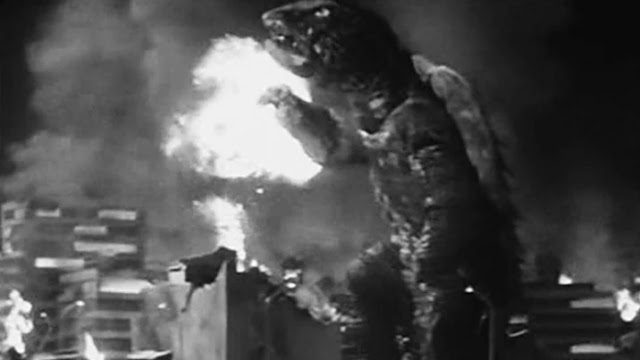