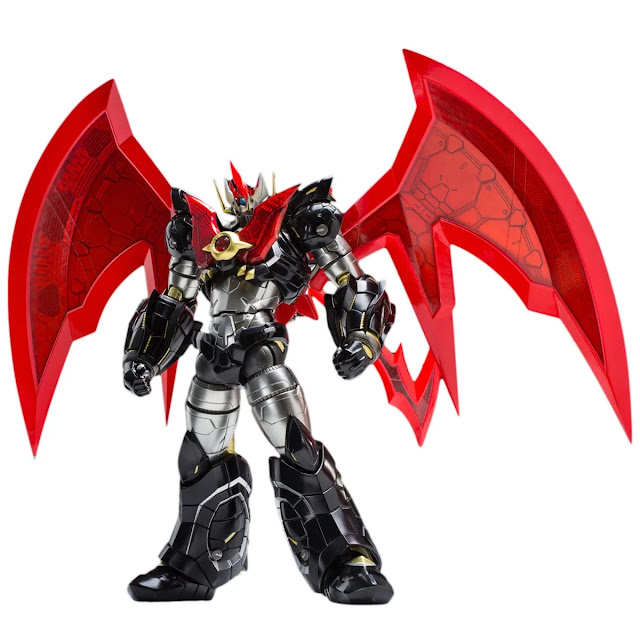 Return of the emperor! A forever classic design! Now with strengthened joints! And more die-cast! For the first time feel the power of the design recreated in your hand with super articulation! Mazinkaiser joins the Riobot series from Sentinel! Designed by the famous design team Chemical Attack and supervised by Dynamic Productions this product will come built to look massive and powerful in any pose. Designed to keep this look in any pose, the whole body will be filled with gimmicks to enhance range of motion that will shock you when you pose it. Will come in a metallic finish and uses numerous transparent parts but it will come heavy and steady thanks to the die-cast parts used. The Mazinger Mazinkaiser Riobot Action Figure includes option and effect parts that will allow you to recreate many of the famous scenes of the series! Measures about 8-inches tall.
Customers Also Purchased:

THUNDERCRACKER AND BUSTER SAVE THE WORLD! A DECEPTICON who wants to be a screenwriter. A dog who wants to, I don't know, eat stuff and chase squirrels or whatever dogs want to do. A White House under siege by DIRE WRAITHS. And the phone call that brings them all together. Just because OPTIMUS PRIME and SOUNDWAVE are leading the REVOLUTION doesn't mean the rest of the TRANSFORMERS aren't keeping busy! 28 pages, full color. 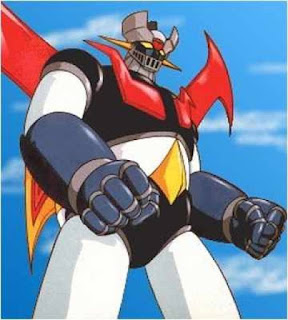 Mazinger Z (マジンガーZ) is a Japanese super robot manga and anime written and illustrated by Go Nagai. The original manga version debuted in Weekly Shonen Jump October 1972 until it ended was continued in a different format in TV Magazine from October 1973 to September 1974, with an anime adaptation airing on Fuji TV.
The manga and anime tell the story of the protagonist, Koji Kabuto and the titular mecha Mazinger Z. The Mazinger was created by Koji's grandfather Professor Juzo Kabuto from the discovery of the fictional Japanium and using it to create the powerful and durable Super Alloy Z. It's main purpose was to combat the Mechanical Beasts of Dr. Hell, a former colleague of Professor Kabuto who killed the research team he and Prof. Kabuto were a part of during an expedition in the Greek island Bardos. Prof. Kabuto managed to escape and began his work on the Mazinger and other robots to combat Dr. Hell. Managing to finish it, the professor was killed by a bomb planted by one of Dr. Hell's henchmen, Baron Ashura. Koji noticing the explosion rushes to his grandfather's side. With his dying breath, the professor informs his grandson of the impending danger and gives the Mazinger to him. Koji swearing vegeance on Dr. Hell, becomes the pilot of Mazinger Z and with help from his girlfriend Sayaka Yumi, his younger brother Shiro Kabuto, and some sort of help from Boss, Koji fights against Dr. Hell and his minions.
Even More Mazinger Z: