Is Megan Fox The Sexiest Sci fi Babe Of All Time? 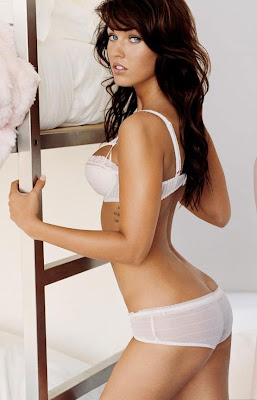 According to the results of the poll, Fox, blew away her nearest competitor, Barry, by a wide margin.

From the photo above it is hard to argue with the results of the poll, although one could note that the only sci-fi that Fox has appeared in was that awful "Transformers" movie. Maybe a more established sci fi actress would have been more appropriate.

Now being an "old school" sci fi fan, I would have gone for a classic actress like, Lynda Carter, Linda Harrison, Rachel Welch or Caroline Monroe for an "all-time" list.

Then again, I am older.

No doubt Megan Fox is a certified 'hottie', so I guess the fans have named their girl......well, at least until the next new babe arrives on the scene.