Is Ultraman Based On A Chinese Solar Diety? 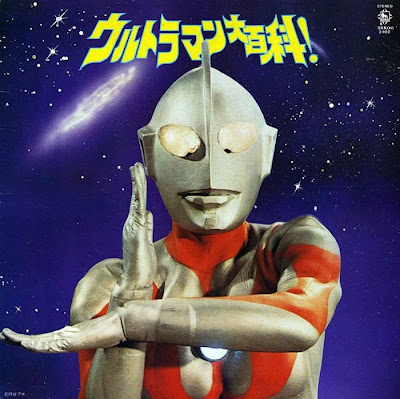 Is the Japanese super-hero, "Ultraman" based on an ancient solar deity from the neolithic Hongshan culture in China?

Well, that little question is starting to gain some speed in China after a collector of artifacts learned about the Japanese hero from a young visitor to his home.

Meng Xianqing, a 52-year-old collector of ancient artifacts in Beijing, was recently showing off his collection to a friend and his eight-year-old son. The young man quickly focused in on one item on the shelf and exclaimed, "Wow, a little Ultraman!"

Meng was puzzled by the young man's reaction to a little statue of a solar deity from the neolithic Hongshan culture. The collector had never heard of "Ultraman" and questioned the boy further. The youth then went on to explain that "Ultraman" was a hero from a Japanese TV show that saved the Earth from attacks by aliens and giant monsters.

Sparked by this conversation, Meng would begin to do some research on his own about "Ultraman" and the looting of ancient Chinese relics by the Japanese in the early part of the 20th century. Though his findings didn't point directly to the hero being a direct copy of one of these idols, Meng believes that it may be possible that the hero was 'inspired' by them.

"I couldn't contact the designer of the Ultraman," said Meng. "Additional research is needed to reach any conclusions."

It would be hard for the Chinese collector to talk to the designer of the "Ultraman" because that would be the Japanese special-effects genius Eiji Tsuburaya, the man behind Godzilla and Mothra, and he passed away in 1970.

Could it be possible that Tsuburaya saw one of these idols that had been taken from China and thought that it would make a good design for "Ultraman?"

That is likely to be the topic of debate in China for some time to come.

See the image below to draw your own conclusions (sorry it's kinda small):