It's GODZILLA Vs TUFFZILLA In Court 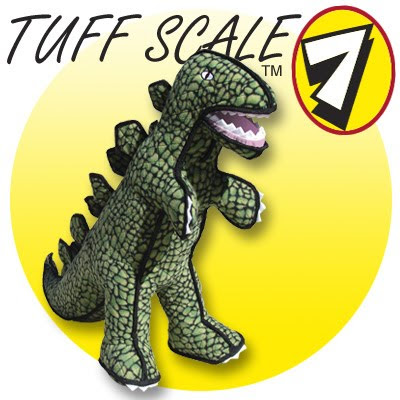 Over the past couple of years the Japanese movie studio, Toho, has been more than willing to slap a lawsuit on anyone who creates anything that looks remotely like their iconic monster, "Godzilla".

Now the target of Toho's monstrous lawyers is "Tuffzilla" a toy for dogs manufactured by VIP Products.

Now, I'm no lawyer, but it looks like Toho may have something to bitch about this time. As you can see from the photo provided, good old "Tuff-Z" looks a lot like "Big G". But is it enough of a likeness for such a lawsuit? As can be expected Toho says "Yes" and they intend on seeking damages and blocking VIP from selling the toy.

Honestly, it's not as much the look of the toy that has Toho all worked up, it's the verbiage in the company's advertising that has added fuel to this fire.

Here is an example:

TuffZilla - For decades the legendary Tuffzilla has ravaged villages, towns and cities alike. This unstoppable force was known worldwide. No one has been able to tame this terrible beast, until now... See who will win the epic battle between man’s best friend and one of man’s most feared enemies.

Ummm ....... well that sounds like a description of "Godzilla" alright.

In the end Toho will probably make VIP change the name of the toy and reword the adds, which just goes to prove that if you make anything that resembles "Godzilla" in any way, you had better talk to Toho's lawyers before you try and sell it.