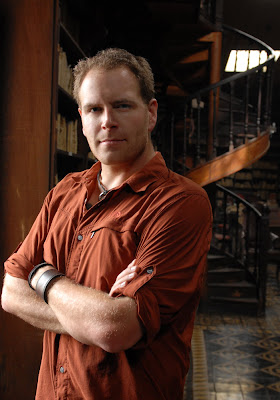 On Thursday, March 17, 2011, Syfy’s hit adventure reality series Destination Truth will celebrate St. Patrick’s Day with the show’s first-ever LIVE investigation! Host Josh Gates will take viewers to Ireland for the Season 4.5 premiere, where he and his team will brave the crumbling ruins of Duckett’s Grove Castle in search of the truth behind the legend of the banshee.

According to Irish legend, the banshee is a sign of impending death; a female ancestral spirit who wails around a house the night before someone inside is to meet their demise. Today, many County Carlow locals claim to have witnessed hearing the banshee’s unmistakable wail and seeing glimpses of an ethereal woman stalking the grounds of the 200 year-old historic ruins of Duckett’s Grove Castle. Armed with equipment, expertise and, as always, humor, Josh and team will attempt to solve the mystery behind this age-old legend.

Josh’s return to Ireland marks the one-year anniversary of the series’ most-watched episode (featuring a hunt for the leprechaun that aired on St. Patrick’s Day 2010).

Other adventures this season include tackling claims of spirits in Namibia, a sea monster in Cyprus and mysterious creatures in Panama and Argentina. Then, in another Destination Truth first, the team will trek to Antarctica, where strange phenomena occurring around abandoned research stations has stumped scientists. Now, the Destination Truth crew will brave the elements to conduct the world’s first paranormal investigation on the frozen continent, giving viewers a rare and unique glimpse at this rarely visited landscape…as well as, perhaps, a look into its past.

See Also: SyFy Celebrates The End Of Summer With STEPHEN KING And DESTINATION TRUTH / 100 Most Popular (Sexiest) Women In Movies, TV, SciFi And Fantasy #91- #100 / Kris Williams & Allison Scagliotti To Guest Star On 'Destination Truth' - Episode Schedule / Sci Fi Orders Another Season Of Destination Truth / If Your looking For Ghosts Go To The Aokigahara Forest In Japan
By Ken Hulsey - December 18, 2010