Clash Of The Titans Filming Starts 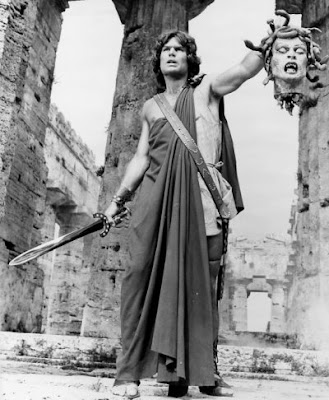 In "Clash of the Titans," the ultimate struggle for power pits men against kings and kings against gods. But the war between the gods themselves could destroy the world. Born of a god but raised as a man, Perseus (Sam Worthington) is helpless to save his family from Hades (Ralph Fiennes), vengeful god of the underworld. With nothing left to lose, Perseus volunteers to lead a dangerous mission to defeat Hades before he can seize power from Zeus (Liam Neeson) and unleash hell on earth. Leading a daring band of warriors, Perseus sets off on a perilous journey deep into forbidden worlds. Battling unholy demons and fearsome beasts, he will only survive if he can accept his power as a god, defy his fate and create his own destiny.

Leading the international cast is Australian actor Sam Worthington as Perseus, the mortal son of Zeus, king of the gods. Worthington will next be seen in this summer's "Terminator Salvation." Liam Neeson takes on the role of the mighty Zeus, and Ralph Fiennes plays the role of Hades, god of the underworld, who feeds on human fear. Rounding out the cast is Gemma Arterton ("Quantum of Solace") as Io, Perseus' mysterious spiritual guide throughout his journey; Mads Mikkelsen ("Casino Royale") as Draco, who takes up his sword to join Perseus' quest; Jason Flemyng ("The Curious Case of Benjamin Button") as Acrisius, a one-time king-turned-hideous beast; and Alexa Davalos ("Defiance") as Andromeda, a princess doomed to lose her life if Perseus does not succeed.

Based on the 1981 film of the same name, written by the late Beverley Cross, "Clash of the Titans" is directed by Louis Leterrier from a screenplay by Phil Hay & Matt Manfredi ("Aeon Flux"), story by Travis Beacham ("Dog Days of Summer") and Hay & Manfredi. The film is produced by Basil Iwanyk, who produced the drama "We Are Marshall" for Warner Bros. Pictures, and Kevin De La Noy, who last served as an executive producer on the studio's blockbuster "The Dark Knight." The executive producers are Academy Award® winner Richard D. Zanuck ("Driving Miss Daisy"), who most recently collaborated with Warner Bros. on the comedy hit "Yes Man," and Legendary Pictures' Thomas Tull, Jon Jashni and William Fay, who have teamed with the studio on such hits as "The Dark Knight" and "300."

"Clash of the Titans" will begin filming in studios outside London and will later shoot in various locations in Wales and in the Spanish Canary Islands, predominantly on Tenerife, off the coast of Africa. Further aerial work is set to take place in the diverse locales of Ethiopia and Iceland.